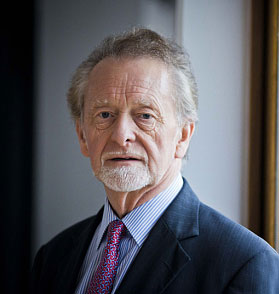 The way the (Corona) virus acts in the body is now understood and the receptors on the surface of many of our cells that the virus blocks have been identified. The virus enters the cells of lung membrane which attracts the white cells in blood which cause inflammation and swelling. This reduces the transfer of oxygen from the air we breathe and lowers the redness of blood – the haemoglobin ‘saturation’ which is easily detected by a simple oxygen meter (oximeter) placed on a finger. This detected problems on two occasions in Donald Trump on Friday last week and his doctors eventually had to admit very reluctantly that he was given ‘supplemental’ oxygen.

The president was also given a drug that has been widely used to reduce inflammation in MS patients – intravenous dexamethasone. Steroids, which are, of course, naturally produced by the body, are the only drugs which have been shown to shorten attacks in MS. Being given very early in the president’s illness they will, almost certainly have been responsible for his improvement and his euphoria, which is a well-known side effect of steroids.

However, information about the actions of the virus, which is of the greatest importance to MS patients, was published in a letter to the Lancet on the 2nd of May. Not only does the Covid-19 attack the lung membrane it also attacks the lining of blood vessels which in the nervous system forms a barrier – the blood-brain barrier. It is damage to this barrier that is responsible for MS. The
damage causes a local lack of oxygen – hypoxia – which attracts white blood cells and they cause inflammation just as they do in the lungs.

Several generations of doctors have only been taught to use oxygen as a simple supplement – to deliver just a few litres per minute. However, Boris Johnson was saved by 40 – 60 litres of oxygen a minute by tubes in his nose – a technique called “Hi-flow Oxygen” featured in the New England Journal of Medicine However, it obviously does not flow through the body – most cascades over the bed – the higher pressure of oxygen improves its transfer into the blood from the lungs. However, it is also a treatment for the lung inflammation and allows white cells to engulf the virus that has invaded the lung. In other words oxygen is not acting as a simple supplement.

It was JS Haldane who first used oxygen as a treatment in World War 1 for just the same inflammation of the lungs caused by Covid-19 but caused by inhaling chlorine gas in World War 1.

He wrote:
The object of giving the oxygen is to increase very greatly the amount of oxygen in simple physical solution in the arterial blood.

It is the oxygen in free solution, and not the total available oxygen in the blood (haemoglobin saturation), that is of immediate importance.

It is not the mere temporary palliation of symptoms … the object of (giving oxygen) is breaking the vicious circle to give the body time for recovery.

Many centres have now installed systems to deliver oxygen at normal pressure. It is important to ensure that masks fit well to deliver close to 100% as Haldane had done for the gassed soldiers.

The failure of our medical schools to teach the use of oxygen in treatment continues to have tragic consequences for patients as the pandemic so graphically shows.

We have no substitute for oxygen – it is unique.